About Underwood and Flinch 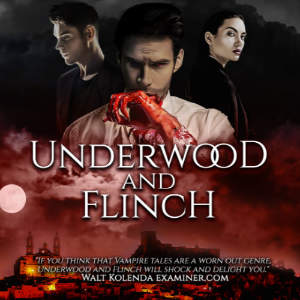 Underwood and Flinch is a podcast audio novel by English author, Mike Bennett, that was serialised from December 2008 - July 2012. It won the Parsec Award for Best Small Cast Story (Long Form) two years running in 2012 and 2013, and has been downloaded over two million times.

All David Flinch ever wanted was a normal life. But when you're a member of the Flinch family, normal has never been easy.

For hundreds of years, the eldest male Flinch has been servant and guardian to the vampire, Lord Underwood. While the Flinches have changed through the generations, Underwood has remained eternal. David had hoped to be spared the horror of serving his family's lord and master, but when he is summoned to the Flinch home in Spain by his dying older brother, he knows his luck has run out.

After fifty years of slumber, Underwood is to be resurrected from the grave in a ritual of human sacrifice, and David, by right of succession, is to be his resurrector. But there is another Flinch, one who craves the role of guardian to the vampire: David’s sister, Lydia. It’s a job she means to have, even if it means making David’s the first blood shed in this new age of Underwood and Flinch.

Listen to the introductory short story to the world of Underwood and Flinch below, or subscribe to the podcast for more.

How do I listen to
Underwood and Flinch?

Underwood and Flinch, its sequel Blood and Smoke, and all of Mike’s other free podcast audiobooks are available in the one podcast feed, so you only need to subscribe to one podcast to get them all. To listen on your phone, you’ll need a podcast app like Apple Podcasts, Spotify, Stitcher, Pocket Casts, OverCast, Deezer, etc. Once you have that, just click on the appropriate links below.

Is Underwood and Flinch Suitable for Young Listeners?

Underwood and Flinch, like all Mike’s works, contains swearing, scenes of violence, and occasional sexual scenes, that many parents would not consider suitable for children.

Mike Bennett About the Author/Reader 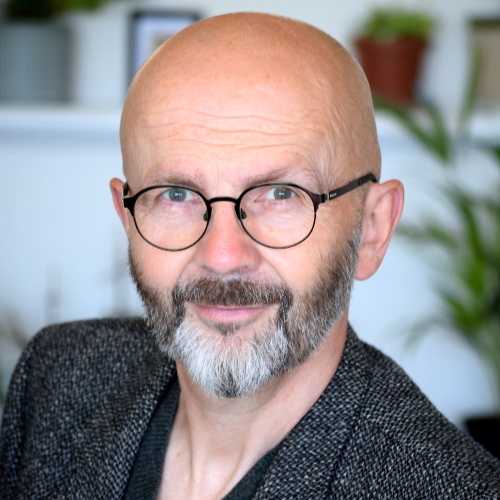 Mike Bennett discovered the joy of books on tape as a young man working in a factory. Once he’d exhausted the stock at his local library, he started making his own audiobooks using a cassette tape recorder and stories by H.P. Lovecraft, Saki, and Charles Bukowski, amongst others.

Mike’s other podcast works include his zombie novella, After the Plague (2015), readings of various classic short stories, including many by H.P. Lovecraft, which are available in his Vault of Lovecraft collection, and In 2021, he completed a free podcast reading of Bram Stoker’s Dracula.

He lives in Ireland with his wife and two rescue dogs.

Reviews and Testimonials for Underwood and Flinch

“If you think vampire tales are a worn-out genre, Underwood and Flinch will shock and delight you.”

“Mike Bennett has done something I thought was impossible: take the played-out cliche of the vampire novel and make it something new and brilliant.”

“A phenomenal story in the old tradition of blood, gore, romance, and deep, well-drawn characters who struggle through very real moral dilemmas.’

Listen to the Underwood & Flinch theme song by Farid Farjad.